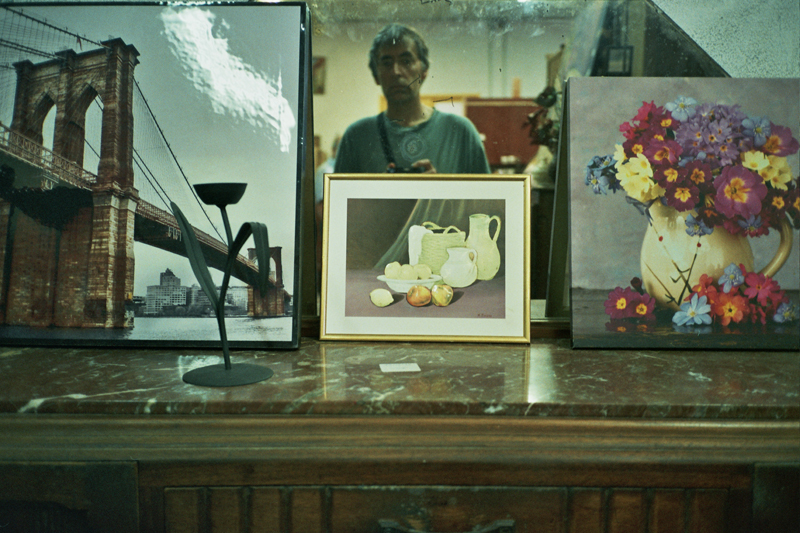 Justin Partyka is based in the historic hill-top city of Poitiers in southwest France. Originally from the county of Norfolk, on the east coast of England, he has been making photographs for over twenty years. Justin photographed extensively in his native region of East Anglia over many years, and the multiple bodies of work he produced over this time make up his major project, Close to Home. He has also photographed in other parts of the UK, Spain, Germany, Canada, and the United States. Since 2015 he has been photographing mainly in France.

Justin’s photographs have been exhibited widely including at Tate Britain, London; the Sainsbury Centre for Visual Arts, Norwich; and the Boutographies photo festival in Montpellier. Publications include Granta magazine, the Guardian weekend magazine, and the books Field Work, Fenwomen, and Not Exactly Nature Writing.

Justin is available for commissions and assignments worldwide.

After many years of experience teaching photography workshops in the UK, Justin is now offering a series of workshops in France under the title 161 Photo Experiences. These aim to go beyond the typical photo workshop and offer an opportunity to use photography as an immersive experience into a place and its culture.

Justin also provides private and group mentoring and gives talks about his work.

Justin works out of atelier 161 in the centre of Poitiers and welcomes visitors by appointment.

A Note on Cameras and Film:

Justin is not a photographer with an obsession for "gear" and he works with very simple equipment. But he is an advocate for Leica M cameras. Having used a Leica M6 rangefinder camera since 2006, Justin considers that the simplicity and design of the Leica M does offer the potential to make a specific style of photograph which other cameras do not. Justin also uses 35mm point and shoot cameras in certain situations. After shooting Fuji Provia slide film exclusively for 17 years, Justin has been working with colour negative film for 3-4 years.

The galleries featured on this website are intended as a sample of Justin's various projects. Editors, art directors, curators, and collectors who would like to see more photographs or have specific questions or requirements are advised to get in touch. Justin's photo archive is vast and covers many subjects.